The Queen Comes to the Two World 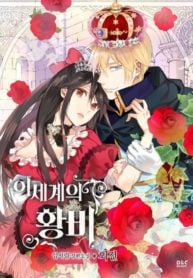 Crossing over into another world and time after a freak accident, Korean highschool girl Sabina is taken in by a duke of the Crentia kingdom— only to soon be offered up to the ugly old emperor as a concubine. When the king is killed by a mysterious assassin, Sabina must face the poisonous circle of other candidates in a battle for the royal seat.

If you want to read some famous comics such as Empress of Another World webtoon with high image quality, Webtoon.uk is the best site for you.