The Life of Dragon Clan – Clove 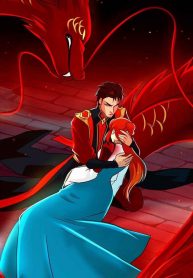 SubZero is a fantasy romance that follows the marriage of the princess of the Azure Clan, Clove, and the rival prince of the Crimson Clan, Kyro, as they maneuver to end the war that has waged between their clans for centuries. The conflict between the two dragon clans is the backdrop for an “enemies-to-lovers” story between Princess Clove and Prince Kyro. The comic also delves into subplots of political intrigue and explores themes of betrayal, war, forgiveness, duty, and sacrifice.

The plot begins with the Azure Dragon Princess Clove accepting the terms of a marriage with the rival clan’s prince, Kyro, and effectively surrendering her freedom for the good of her clan. What begins as a begrudging union between the two develops into something more over the course of the series as they learn more about each other and their dedication to stopping the bloodshed between the two dragon clans.

On webtoon.uk, you can enjoy all famous webtoons like Subzero. Happy reading!