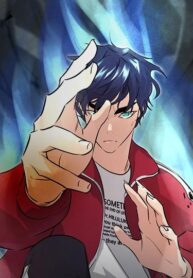 What if the world was divided into people with martial arts powers and people without? Taeyeon Kang was one of the lucky few born with such powers. He enrolls in Murim Police University, a special school for those with powers to stand on the side of justice… but he has a secret of his own. He’s here to uncover the truth behind his father’s disappearance as well as seek protection from the Evil Murim Faction which is after his family’s secret book of martial arts techniques. At the same time, the legendary Ghost King makes his grand return, years after his mysterious disappearance. Just who is this masked anti-hero?