Become a Star in The Future 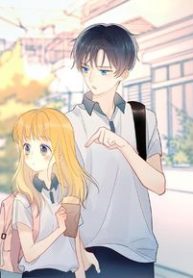 You are reading one of the top comics “Become a Star in The Future” on webtoon.uk which gives you all kinds of comics to read online. Moreover, you can read other types of comics such as Wanna be a Star webtoon.

Soh, who’d always had a passion for singing ever since she was young, becomes a trainee at a big entertainment company! But as she grows up, her voice grows husky and her frame grows broad.

She doesn’t seem to be getting anywhere and is pushed to the edge when a new member, Sena, joins their girl group. Despite all of her efforts, she decides to give up her dream of becoming a kpop star after losing all hope of ever making it big.
But then, she finds out that Yujin, the boy idol who she always looked up to, is holding auditions for new members of his boy band.

Thanks to her boyish looks and voice, she figures this is her shot. She wastes no time, “borrows” her twin brothers ID, and runs out to the live auditions!

Will her dream become reality?!